The Science Students’ Society (S-Cubed), a non-profit student organisation representing all students from the Faculty of Science, has recently celebrated its 10th Anniversary on the 7th April 2013. To mark this occasion a reception was held at Montekristo estates, where past executive committee members were brought together as well as current members of the society. A commemorative documentary depicting the development of the organisation was shown on the night, while the past executive members were presented with a lapel pin depicting the logo of the organisation.

S-Cubed would like to thank all students for their constant support and participation, as well as all the executive members who have shown hard work and dedication throughout all these years. S-Cubed remains committed to promoting unity amongst all science students for more years to come. 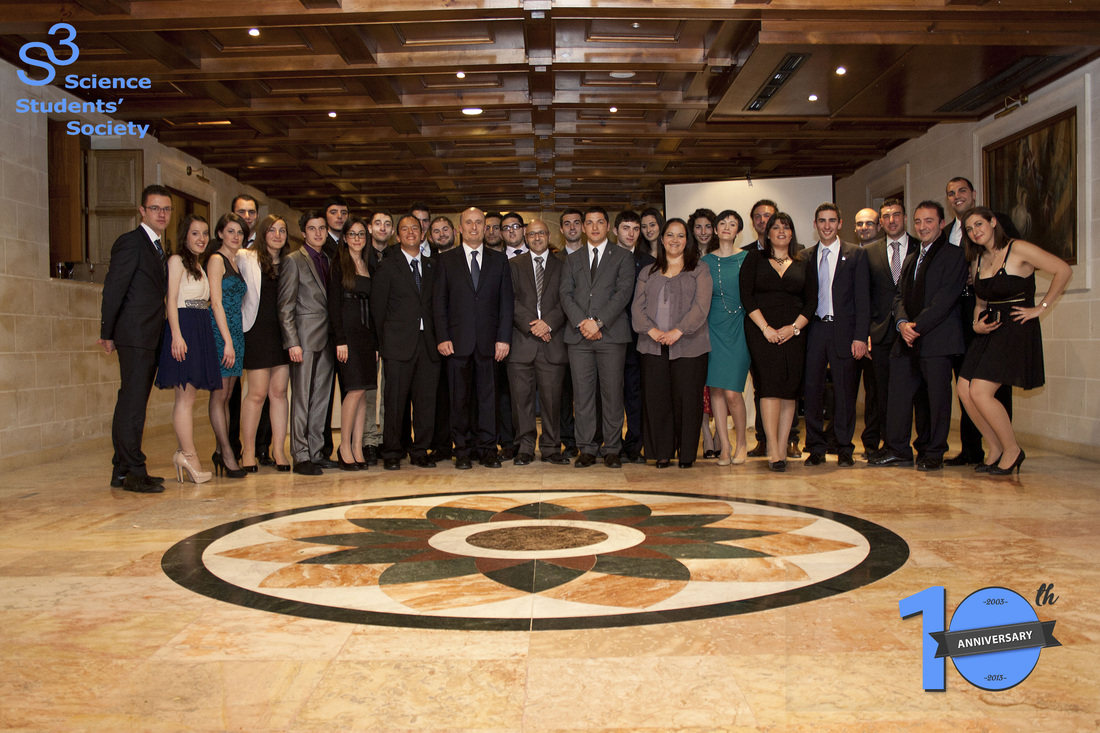